If you have ever been to Israel, whether you are Jewish or not, you have most probably visited the Kotel, the Western Wall.  And whether it is your first time, or your 100th time, you probably every now and again leave a little note for God, stuffed in the cracks of the wall. 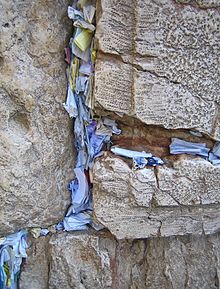 Come right up to the wall, and you will see countless little pieces of paper stuffed in the nooks and crannies, wedged in besides the stones that Herod and Suleiman laid down, bleached by the sun and polished by our tears.

When I was 16 my family traveled to Israel for the first time for my brother’s Bar Mitzvah.  We had rented an apartment in Givatayim for the summer, right around the corner from my Aunt Zipora and Uncle Eli.  My father’s brother, Uncle Abi, came over that summer from Norway.  He rented a car and a few days after we had been hugged and fed and cheek-pinched by our Israeli relatives, we drove to Jerusalem.  My first sight of the Kotel was… indescribable.  You put so much emphasis on a place in your mind, and when you see it for the very first time, well, I’m tearing up just thinking about it right now.

Of course I had brought along a little note to place in the crack of the wall.  I asked for the same thing I’ve been asking for the past 32 years, every single time I visit the Kotel.  I don’t believe that if you tell someone what you wish for it won’t come true.  The Kotel isn’t a birthday cake, after all.  It may be made of stone, but I believe it’s a conduit to a higher power.  And whether that power is in heaven, or on some Godly throne, or (as I see it) just in my heart, and each time my note contains just one word, the one thing I ask for:  happiness.

Sometimes the Kotel cannot hold all the notes, and some fall to the floor.  That summer my father could not bear to see some of the notes just forgotten under everyone’s feet, and he swept up a few into his pocket.  Later that day we sat together on a bench in the shade, drinking the quintessential Israeli drink of the 70s, Tempo, and we looked at the notes.  Some asked for love, some asked for riches.  One has stood out in my mind in particular.  An English-speaker had paid a visit to the Kotel and instead of asking God for something he wanted, his note had just four simple words, “Thank you for everything.”

Next month I will be paying the Kotel another visit, for Shy-Boy’s Bar Mitzvah this time.  I plan on leaving a note, but not my usual one.  For 32 years I have asked for happiness, and I finally believe I have it.  With some exceptions, I’ve had it all along.  I will say a silent Thank You as I press up against the (hopefully) cool stones that morning, but I still plan on asking for something.

I found this picture on  a blog called Hebonics, and right away I knew that this coming Rosh Hashana I’m not going to be asking God for anything for myself.  There’s another woman here in Israel who is not happy, she hasn’t been happy for over five years.  This year I want to ask God for her happiness.

I was thinking the other day of poor Gilad, kept away from friends and family and country for the past five years, and wouldn’t it be lovely if he could be released in time for Rosh Hashana?  If he were my son, the first thing I would do, after hugging him forever, would be to feed him.  Feeding cures everything, both physical and emotional.  And a little Rosh Hashana comfort food could work miracles. 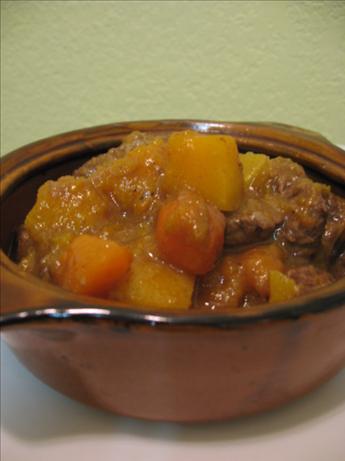 I first got this recipe from one of the Jerusalem Post’s Friday editions, from Faye Levy’s recipe column.  Perfect for Rosh Hashana, or any homecoming.