← Can You Hear Me Calling?
Chatting with Miriyummy: Irmgard Upmanis →

Fish on the Beach 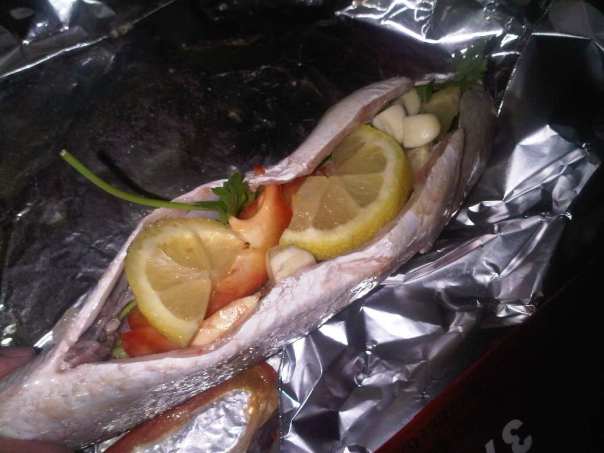 Last night was the start of the Hebrew month of Av.  With the nine day countdown to Tisha B’Av, we put aside all thoughts of chickens, cows and lambs and turn to the sea, literally…

During the nine days leading up to the second biggest fast day of the Jewish calendar we enter a period of mourning, and that means that no meat is on the menu except on Shabbat.  While Elsie, Foghorn Leghorn and Lambchop can all breathe a sigh of temporary relief, Nemo is on the run for his life.  Fish figures big time during the Nine Days, as does dairy and other vegetarian delights.

Last night we loaded up the car with various BBQ paraphernalia, drove to the beach and met up with Scarlet, Sasquatch, their sweet Heidi (the fastest growing Doberman in Israel) and a few of their friends.  Sasquatch brought along 11 burri, which translates to grouper in English.  We unpacked a treasure trove of ingredients and proceeded to work together to peel potatoes and chop vegetables… in the pitch black of night.  We had sand, surf, the lulling calm of the waves, the occasional barks coming from Heidi, but not much light.  Miraculously, no one lost a finger.

There are no exact measurements for this castaway meal.  Use as much or as little as you like of each ingredient.

Ju-Boy helps Shy-Boy start the BBQ -- notice the coal miner's flashlight on his forehead, it's dark on the beach

Sasquatch helps get the coals going

Waiting for the flames

← Can You Hear Me Calling?
Chatting with Miriyummy: Irmgard Upmanis →