← Cherry Pai — As I Sit By The River
Suspended Reality →

Purim is fast approaching.  It’s quite possibly my favorite holiday, perhaps tied with Israel’s Independence Day.  It’s a holiday where you go around giving gifts of food to your friends and neighbors, and I was born to feed, so what’s not to like about Purim?

One of the mitzvot (commandments) of Purim is matanot l’evyonim, gifts to the poor.  Normally by this time (less than a week before the holiday) I’m in a frantic rush, doing the headless chicken dance between cooking for the festive meal, baking for mishloach manot and trying to just get through my regular work week as well.  This year Ju-Boy and I decided to be a little less frantic, a little more purposeful.  Instead of doling out baskets of food, some of which will get eaten, some of which will find its way into the nooks and crannies of my friends’ houses, right before Pesach, we’re sending out e-cards via Leket Israel — The National Food Bank.

Have you ever been to a wedding or bar mitzvah celebration and noticed just how much food is not eaten and presumably wasted?  Leket Israel goes around the country collecting this food and the distributing it to the poor.

Each year, with the help of 40,000 volunteers and dozens of paid workers, Leket Israel rescues over 700,000 hot meals, 90,000 loaves of bread and 13 million lbs of produce and perishable goods, for the benefit of the needy.  In addition, Leket Israel supplies over 1 million (7,000/day) volunteer prepared sandwiches to underprivileged children from 100 schools in 25 cities.  Food is reclaimed from hundreds of food suppliers and is then redistributed to nearly 300 partner NPOs assisting the poor, invalid-elderly, minorities, children, and at-risk population groups throughout Israel.

We’ve been very blessed in the Miriyummy household, we always have enough to eat, and more!  This year we’ve decided to help feed others as well, through Leket Israel.  Does this sound like a good idea to you?  You can join in as well.  As of this writing, 18,629 e-cards have been sent.  You can also send a video card or a printed card through the mail.  Why don’t you give it a try?

Another way to help would be to head on over to BookishIma at her blog, In Our Small Garden. She’s set up a Purim Challenge where all you have to do is donate to a food pantry and let her know about it.  For every donation you make, she will match it by donating to Leket Israel.  Come on, it’s a win/win situation!

And finally, for the two remaining people who are living under a rock and have not yet seen the Maccabeats’ Purim song Raise Your Glass, enjoy!

Just as an aside, if you’re a Gleek, don’t you think these guys remind you of the Warblers?  They premiere their version on March 15th. 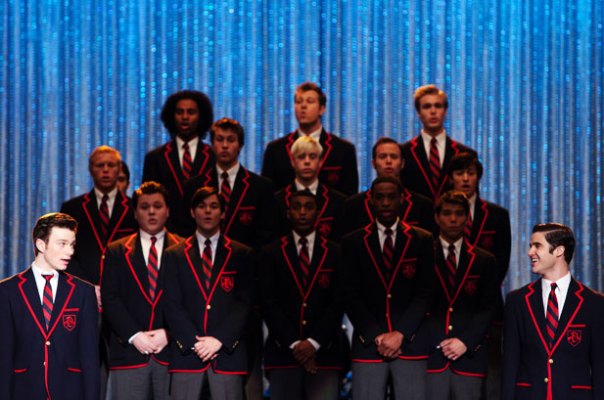 Just stick a kippah on their heads and they could join the Maccabeats!

← Cherry Pai — As I Sit By The River
Suspended Reality →