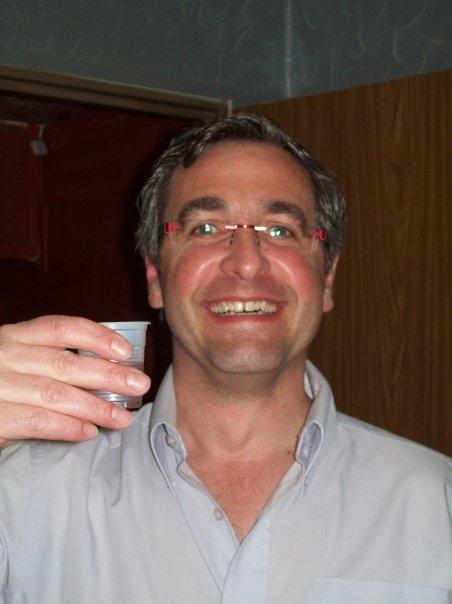 They say a little competition in life is healthy.  I once had the bad judgement to take a class in philosphy.  Not much of that class has been retained, but I do remember writing a paper about Adam Smith.  One of my vague memories of him is that he wrote about cooperative competition, where individuals compete to improve their levels of happiness, but do so in a cooperative manner, joining forces to achieve a desired end and not violating each other’s targets.

Ju-boy and his friend Tom Jones do not believe in cooperative competion.  They just believe in competition, period.  They compete over who has the best whisky collection, they compete over who paid less per kilo for a whole chicken at the supermarket, and they compete at the gym.  There they are, running side by side on their treadmills, little gerbils spinning their wheels, trying to see who can get nowhere first.  Tom’s wife, Sweet Caroline, and I just shake our heads.  Let the boys play their little game, we have better things to discuss.

The other day it was Tom’s birthday.  Ju-boy, in the spirit of friendship, asked me to bake him a birthday cake.  I thought, how sweet.  Tom works hard to help everyone see a better world, and my altruistic husband wants to give him a surprise for his birthday.  I can be so naive.  When I asked Ju-boy what kind of cake to make for Tom, he cackled his reply, “Who cares!  Just shtup the thing full of sugar and fat and calories.  We’ll see how fast he runs at the gym, mwah hah hah hah hah!”

Did I really want to do that?  Tom’s a nice guy.  He and his Sweet C belong to that group of friends-in-law that made me feel so welcome when I moved to Ra’anana.  And did I want to sacrifice quality over quantity (of calories)?  I went pouring through my recipes and found one that would make all parties happy. 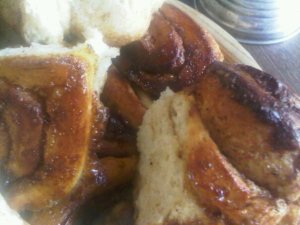 Birthday buns for Tom, it's not unusual...

Carine Goren has a recipe for cinnamon rolls that I’ve been dying to try out.  I can also have my own agenda.  The recipe was calorie-laden enough to make Ju-boy happy, interesting enough to make me happy, and Tom ate just one, managing to both treat himself and not totally annihilate his diet, so everybody wins.  Except Ju-boy, who would have preferred that Tom scarf down the whole plate.  Ah, well, he lives to plot another day.

Ready for the oven, first an egg wash...

Carine Goren is my favorite (at the moment) for sweet yummies.  This is my variation of what she calls Better Than Store-Bought Cinnamon Rolls.  She uses instant vanilla pudding in the yeast dough, which gives it a nice flavor and an wonderful texture.  Carine’s original recipe calls for a cream cheese frosting, which I left out.  Also, her recipe is dairy.  I originally made this for Tom with milk and butter, but have since altered the recipe to make this non-dairy.  Feel free to sub milk and butter for the soy milk and margarine.

You can glaze them with a cream cheese frosting or just dust with powdered sugar, if you feel like you need the extra calories, but these yummy bunnies are delicious enough unadorned.