Step To The Third 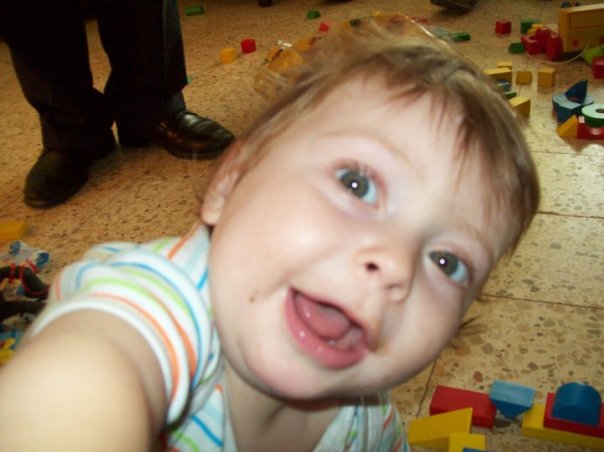 The Crown Prince on his first birthday 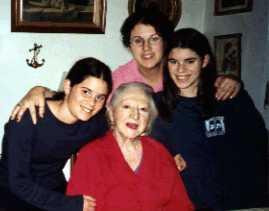 A classy lady even in her nineties

When I was a little girl I had conflicting views on what a grandmother should be.  There was the storybook grandmother, the one you saw on the cartoons on television, who sat in a rocking chair, knit you sweaters for your birthday and baked you oatmeal cookies.  And then there was my grandmother.  She couldn’t knit, she couldn’t cook.  She didn’t even own a rocking chair.  She had a makeup collection to rival the cosmetics department of Saks Fifth Avenue.  That’s where she worked, the cosmetics department of Saks Fifth Avenue.  In my eyes that trumped any cookie-baking, sweater-knitting grandmother any day.  Her claim to fame was that she was Jackie Onassis’s favorite saleslady.  When I was little and came over to visit, she used to let me play with her powders and creams.  She would let me have tea parties with the 100 year old samovar she had brought over from Sweden.  She didn’t bake me any cookies, but always had my favorite black and whites from the bakery waiting for me in her kitchen.  She didn’t knit me any sweaters but took me shopping for my first handbag when I became Bat Mitzvah, because “every young lady is never properly dressed without a handbag.”

My grandmother was my mother’s step-mother.  That made her officially my step-grandmother, but in my eyes, she was always just my grandmother.  She was my grandma.  I have something in common with her.  I am also a step-grandmother.  In fact, I am a third generation step-granny.  There’s my grandmother, the original.  My mother was step-granny to my step-children (even though they never met), and now there’s me, step-granny to the Crown Prince.  Crown Prince is the son of Ju-boy’s eldest, Optimus Prime, and his bride, The Rani.  Last year they added the next generation to Ju-boy’s dynasty, and yesterday he turned one. 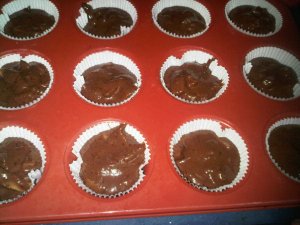 I don’t really do low fat, low sugar low taste cakes, so I went off and did a little research.  I didn’t have to go far, just a few clicks away to the Recipe Sifter on Recipezaar and within minutes I had the perfect cake to make all parties happy.  You can find the original recipe here, but of course, I played around with it a little.  I changed the ingredients just a bit, and instead of one large cake I made little cupcakes.  I thought that with the lack of fat the cake would be dry, but it was chocolate-laden, moist and delicious.  I’m pleasantly surprised, and actually plan to make these again. 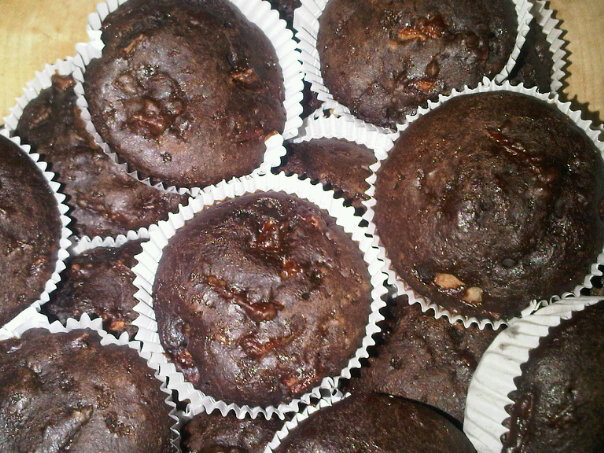 Ju-boy and I bought Crown Prince some great presents, lots of wooden blocks to gnaw on and throw, but Optimus Prime seemed to be more excited than his son.  In fact, both grandfather and father didn’t let the birthday boy play with his presents, they were having too much fun.